Giving Back to Kevin Lehman 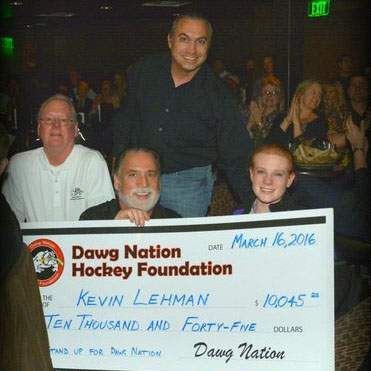 Savannah Lehman is the daughter of Kevin Lehman, a member of the Army of Darkness hockey team who are longtime friends and supporters of DAWG Nation. In September of 2015 Savannah had a blood clot in her pulmonary artery and was rushed to the hospital where she suffered a stoppage to her heart in the emergency room. She miraculously pulled through after 45 minutes of CPR and another scary moment the following day, but due to lack of oxygen during those moments, she suffered brain and spinal cord injuries.

After numerous surgeries she is for now wheelchair bound and has limited use of her legs. Through it all Savannah has shown a tremendous amount of strength and spirit (including popping wheelies in the hospital in her wheelchair), and is heavily focused on her goal of one day walking again and doing all the things that come with that.  She is now back home and will have a long road to recovery.