The Diaz Family appreciates the effort to respect their privacy throughout this difficult time.

A Leader in the Community

Today, we learned of a horrifying car accident that has devastated our neighbors to the north this past weekend. On Saturday morning, Mauro Diaz was travelling with his family on US-20 about two hours from home when their car was struck head on by another driver.

Mauro Diaz and his son Mateo unfortunately, did not survive the crash and Mateo’s mother is left recovering from severe injuries. She will require ongoing medical care for some time.

Mauro was a highly respected science teacher at Natrona County High School and formerly at Dean Morgan Junior High. Mauro, was Native to Juarez, Mexico and became a U.S. Citizen at age 22. Mauro became a teacher in order to serve his community. He was a teaching ambassador for the US Department of Education in 2014 and was quoted as saying,

“I feel a sense that I need to give back.”

A Hockey Family Through and Through

“Our teammate, Mateo, made quite an impression on everyone he came into contact with. Many of us knew him from the time he was born and enjoyed watching him grow up and follow in the hockey footsteps of his brothers.”

From the Letter Nominating The Diaz Family:

This is a wonderful hockey family who has donated many hours to helping make our club a success. Jack and Diego have played hockey since they were 6 or 7. They are young men, highly motivated, competitive, and examples of integrity. They have both been elected Captains and Assistant Captains of their respective hockey teams over the years and are loved by their teammates and their families. 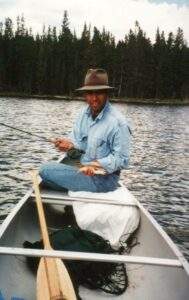