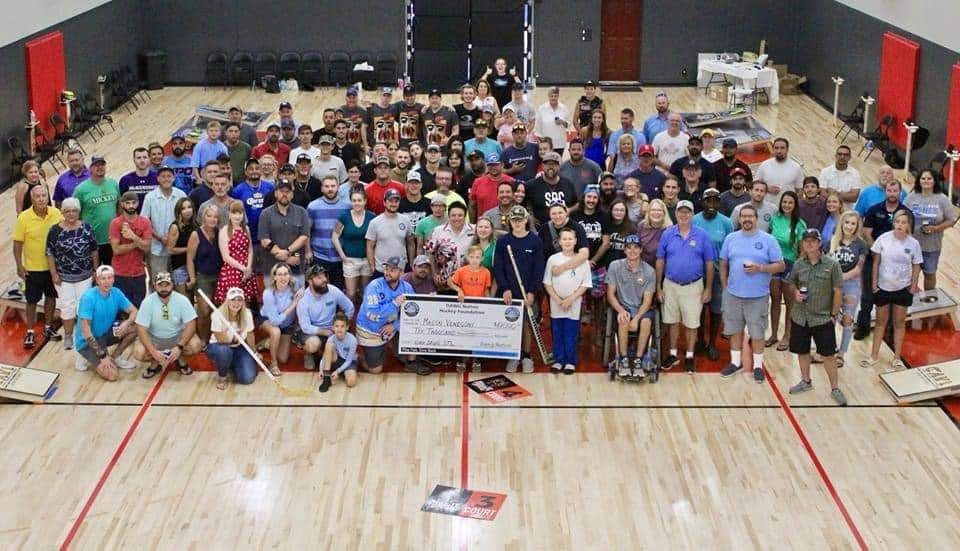 It was quite a day in Belleville, Illinois as the St Louis Dawgs hosted an amazing Cornhole event and lifted up yet another family! 10 year old Mason Venegoni is young goalie that recently underwent surgery to remove a brain tumor. The surgery was a difficult but successful one and this little goaltender is now on the road to recovery!
Now the “no coincidences” part!
Former St Louis Blue enforcer, Reed Low, has been a big part our cause for a couple of years now. In his playing days, Reed wore number 34, and today he wowed the family by presenting young Mason with a signed goalie stick and a promise to take him to a Blues game. I followed that up by asking Mason how many stitches did he have. His answer was, “34”, of course it was!!! 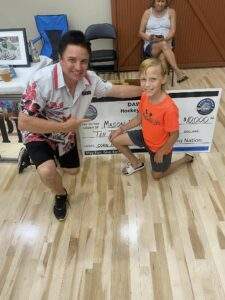 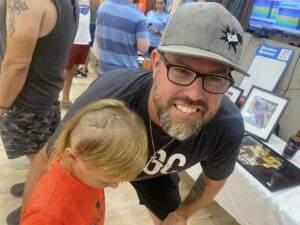 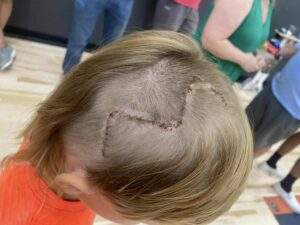 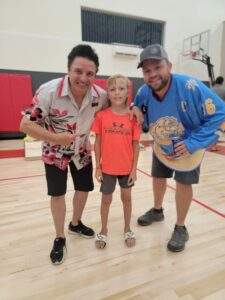 A Series of Unfortunate Events
Mason is a 10u goalie for Meramec Sharks Hockey Club who was recently diagnosed with a brain tumor. While at summer hockey camp, Mason was accidentally struck in the head with a baseball bat while playing with his friends. He went to the ER for staples and they did a CT out of precaution. That’s when they discovered the tumor. Mason underwent surgery 6 days later and is currently recovering. They were able to remove the tumor.
Grade 1 Dysembryoplastic Neuroepithelial tumor (DNET) Accounts for 1-2% of all brain tumors (rare) and curable with surgery.
Mason’s father serves in our military and has been deployed prior to this news. His father is going back oversees and his mother will not be working for an unknown amount of time. We hope you’ll join in Dawg Nation’s efforts to help the Taylor family through this tough time. Your generosity today will go a long way for them! 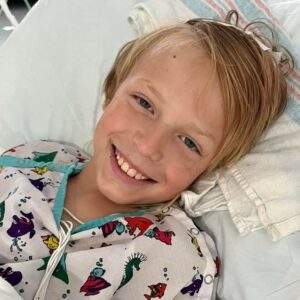 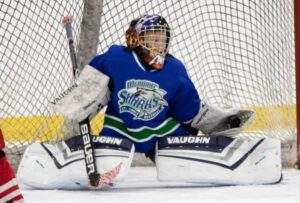 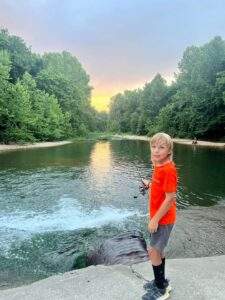