Giving Back to Julie Schulze 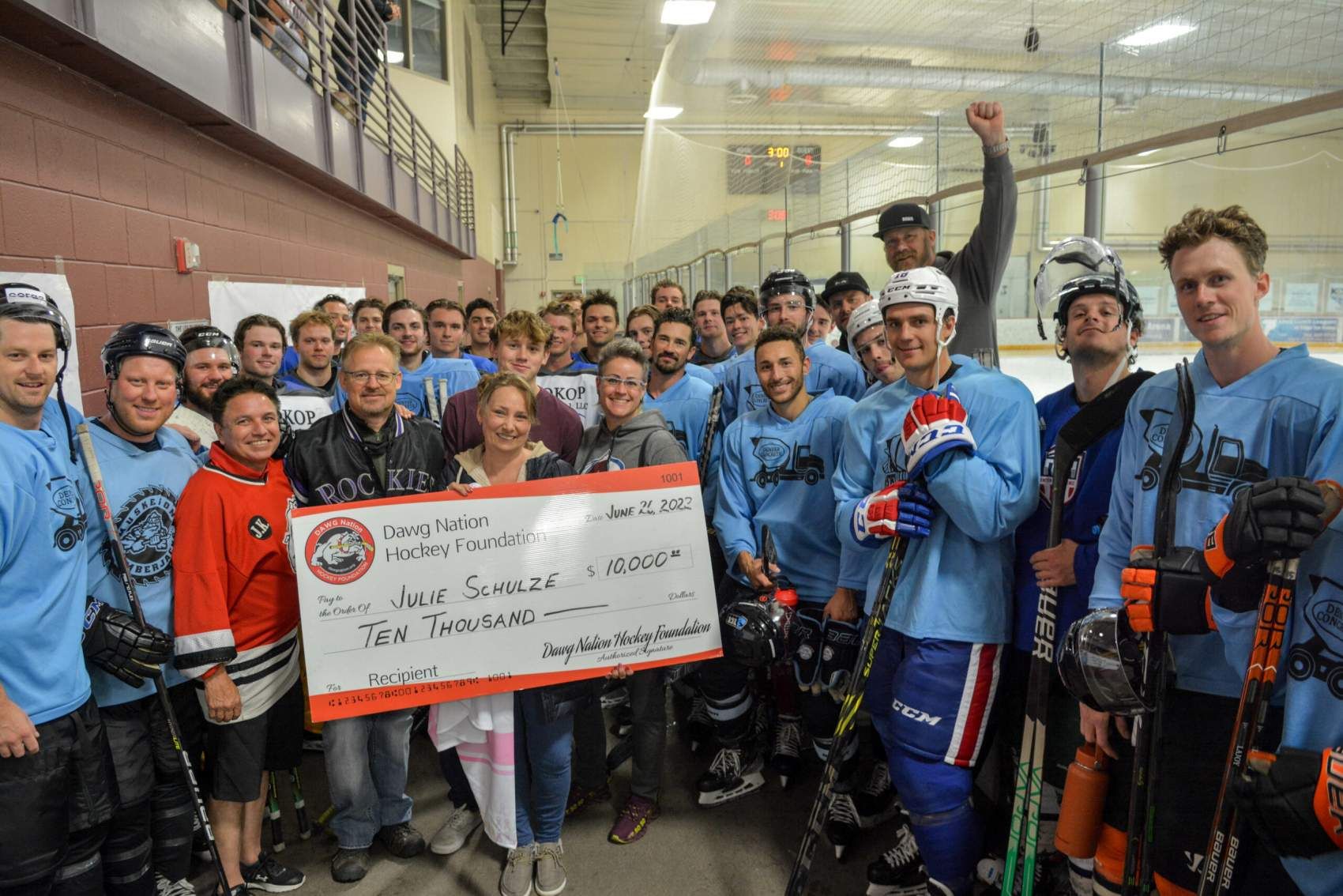 Julie and her family were asked to stand rink side for the surprise of a lifetime. At the end of a Dawg Bowl XII match up, Marty, Mike and Jan Hejda presented Julie with her own Survivor game jersey and a check for $10,000 to support Julie’s fight with cancer. Julie was overwhelmed with love and support. The Dawg Nation family continues to stand by Julie as she continues her fight against cancer. 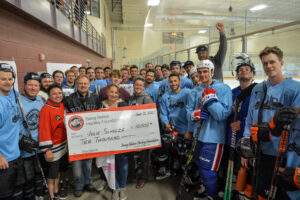 Julie and her family have a long hockey history in Colorado Springs. Julie’s husband John and his sister Jeanne grew up playing youth hockey at the Air Force Academy, and John would go on to play hockey at St. Mary’s High School. John has also played in numerous adult hockey leagues in Denver and Colorado Springs. Julie’s son Hayden also played in the CSAHA league at the Air Force Academy and was coached by his dad. Hayden is now a senior at Liberty High School in Colorado Springs and has been a member of the Lancers hockey team for the past four years. Julie’s daughter is a sophomore at Liberty.

Julie has stage IV gallbladder cancer that has spread to her liver. Starting last July Julie has had a major liver resection surgery followed by 5 rounds of chemotherapy. In late January of this year the doctors found spots on her liver and the biopsy confirmed the cancer had spread. A genetic test on the biopsy revealed that Julie has the HER2+ gene (very common with breast cancer). Based on the HER2+ gene Julie has, her oncologist in Colorado recommended doing a targeted chemo drug combo that has had some promising results in clinical trials with gallbladder cancer. While this treatment is standard for breast cancer HER2, it is still deemed experimental for gallbladder cancer and Julie’s insurance denied coverage for the treatment.

Julie was able to get a grant from the drug makers to cover the cost of the drugs for her treatment, but she still has to pay the hospital facility fee of approximately $3000 every three weeks for the administration of the drugs. She has received the first two treatments but has thirteen more to go. The promising news is that her doctor said her response to the drugs has been remarkable and only seen in 17% of patients. In addition to the drug treatments, Julie has started alternative cancer therapy in Mexico at the Oasis of Hope hospital in Tijuana which consists of three weeks at the clinic in Mexico (which Julie has completed), followed by three months of at-home therapy, and then one week follow up visits every three month’s depending on Julie’s condition. Unfortunately, this is also not covered by insurance.

With the two courses of treatments together, Julie’s doctors in the US and Mexico feel that Julie has a much better prognosis and the possibility of another liver surgery that could put her in complete remission. Obviously, the costs of Julie’s fight against cancer are adding up quickly. But she’s a fighter and meeting this battle head on!

Please join DAWG Nation in rallying to help Julie and her family. We can lift some of the burden through your generous donation today. 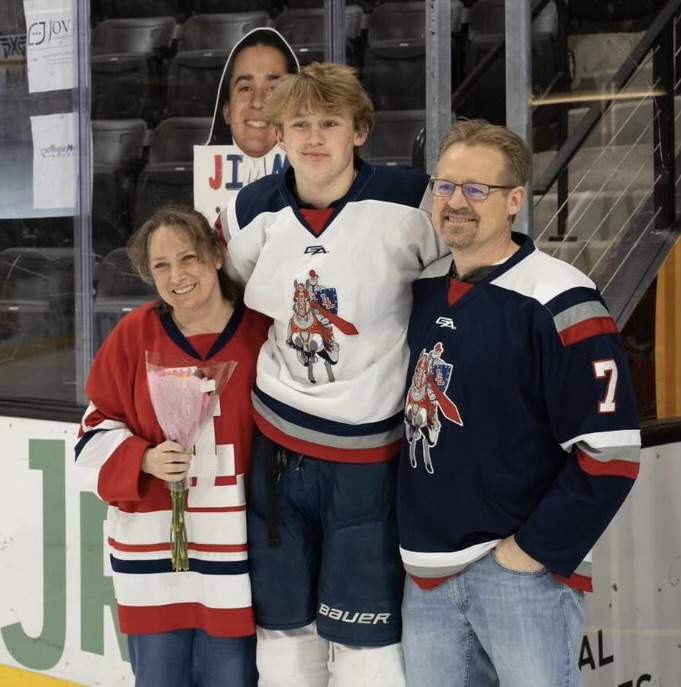