Giving Back to Ryan Straschnitzki 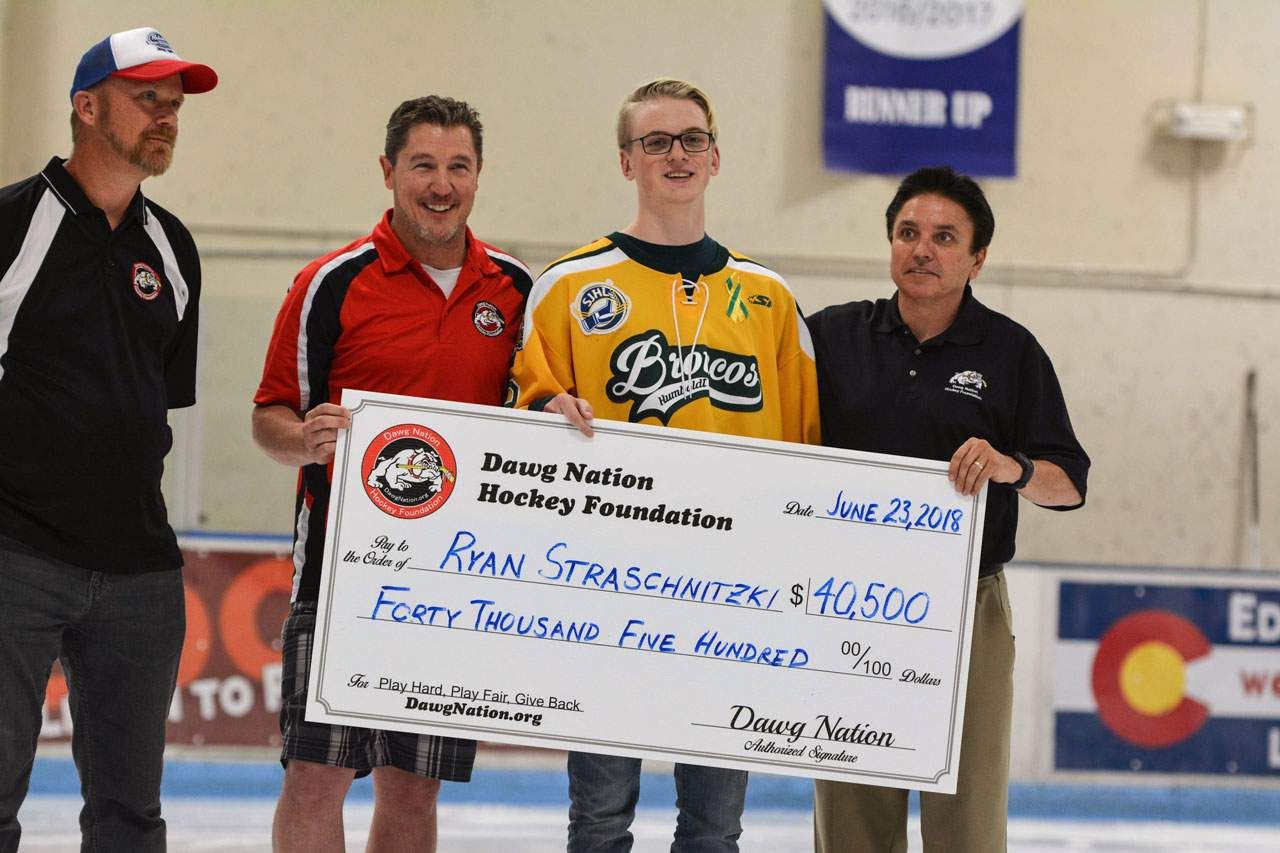 It’s been said that a picture is worth a thousand words, but I’m not sure that either photos or words will be sufficient to capture the emotions that were felt during one of the most memorable Survivor Games yet to be played. From the heart wrenching silence as tribute was paid to each Humboldt player, coach and support staff that lost their life in the tragic collision that took place last April… to the show of immense support and generosity given to Humboldt’s own Graysen Cameron as he accepted a check for $45,000 on behalf of Ryan Straschnitzki, it was an emotional opening to the Survivor Game. Ryan was left paralyzed from the waist down in the wake of the accident, and was unable to attend this year.