Giving Back to Jon Rausch 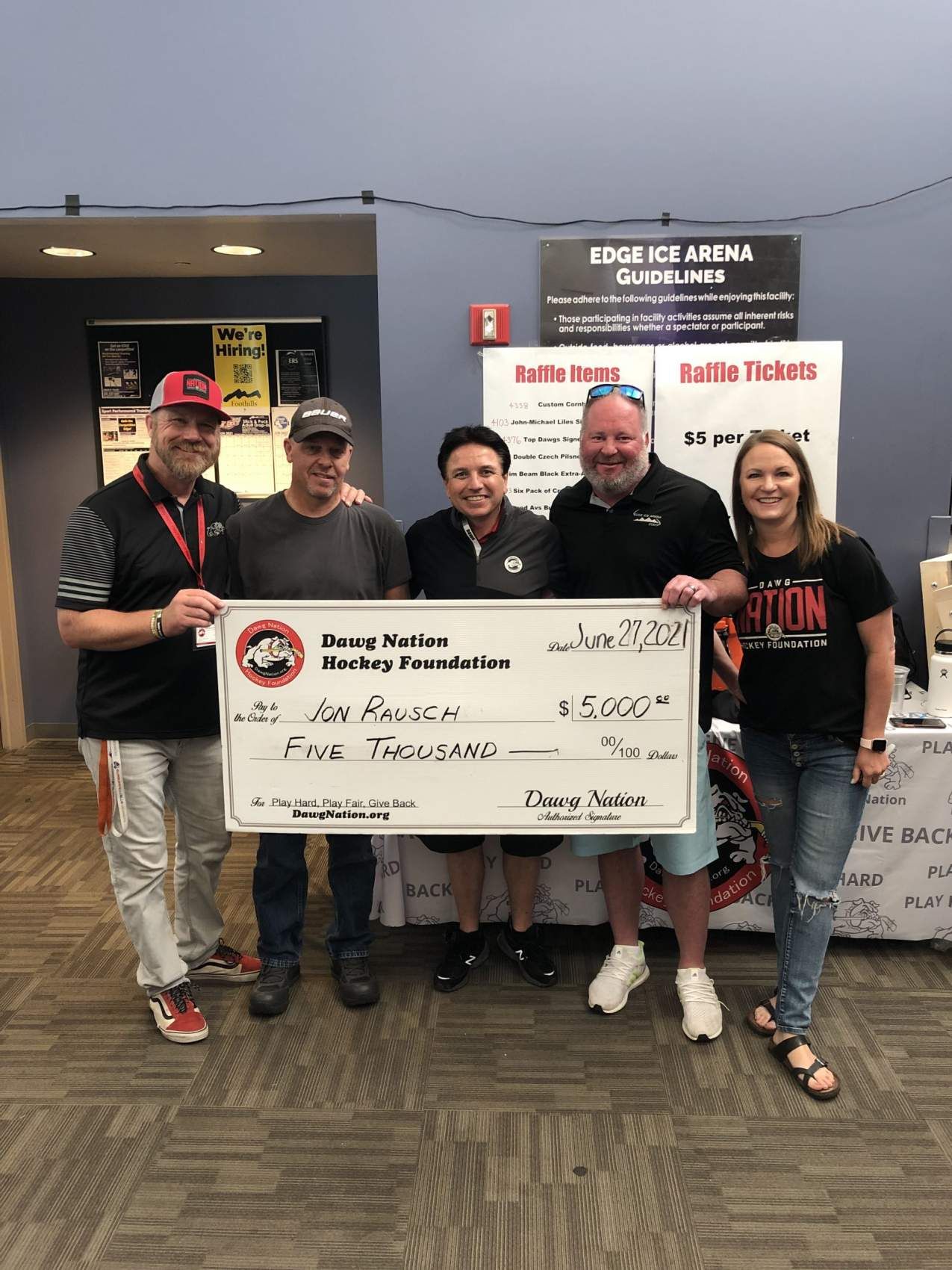 Jon being a integral part of the hockey community was someone we first thought of when it came to the DAWG Bowl check presentations. After a successful GoFundMe campaign by the local hockey community, DAWG Nation surprised Jon with an additional check for $5,000 to help him with his continued recovery from COVID.

A Beloved Mentor and Friend

Jon is an integral part of the hockey community in the Littleton, CO area. Jon referees games out of the Edge and Ice Ranch. He is known and beloved by players in the lunch league at the Edge and the RMHL. Besides reffing 6-8 games a week depending on the season, he also teaches a beginner women’s camp and acts as a mentor for all of new players. Jon is invaluable in teaching new players skills and sportsmanship. Not limited to just ice, Jon also works for Rocky Mountain Roller Hockey with their inline hockey program.

As a referee to new players, Jon is described as “NEVER losing his cool or yelling at players. He always pulls them aside and talks quietly and patiently to them to explain what the infraction was.” New players find Jon to be their number one fan and advocate. If you have played hockey ice or inline in Colorado over the past 20 years than more than likely Jon Rausch has refed at least one of your games. Jon grew up in Canada where he fell in love with the sport of hockey. If you are not new to hockey, you will know Jon as a tough, no nonsense referee. Don’t expect him to talk to you after a call because it won’t happen, and you will probably sit out even longer. Seasoned players appreciate Jon and become concerned if he was not there to ref their game.

A Skilled Player and Advocate of Hockey

What most people don’t know is that Jon is also a highly skilled player that makes the game look easy when he is on the rink. He also makes everyone else look good because he would rather dish it off then take it himself. Jon has done incredible things for the sport of hockey in Colorado and the ice hockey schedulers, players, and league operators would agree.

Fought For His Health

This valued member of the hockey community, Jon Rausch, was put into the ICU with Covid related pneumonia. Jon fought for his health while facing the isolation of hospitalization in the time of Covid. This ambassador of hockey and sportsmanship got through it and is on his way to gaining his full strength and health back!