Giving Back to Drew Myers 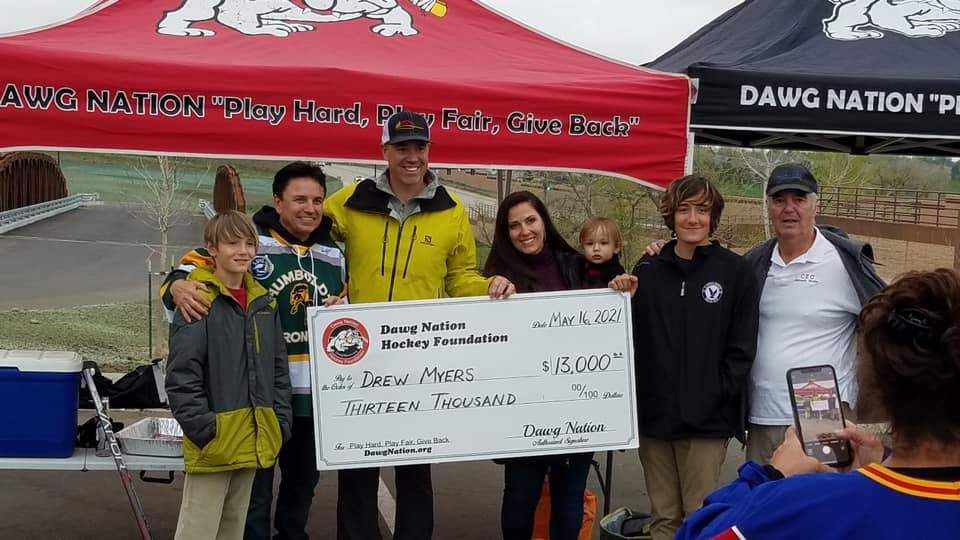 Lets Get to Know a Little About Drew

Myers began his hockey career at the age of 4 and has played competitively through high school and early college where he played Junior hockey in Strathroy, Ontario for the Strathroy Rockets. He finished his competitive hockey career in North Dakota before returning to Colorado to pursue his degree in Construction Management. He still plays hockey recreationally in the Men’s CEO Hockey league that was started in the late 80’s by his father and Uncle, Fred and Frank Myers, along with several others.

A Spirit of Giving Back

Myers has continued to give back to the hockey community over the years through participating in the annual Police and Fire hockey tournament, multiple DAWG Nation tournaments, and most importantly, coaching two of his sons youth hockey teams every year.

Every weekend Myers and his wife can be found in one of the various rinks around Colorado coaching and cheering on their 10 year old Liam, who plays for the Littleton Squirts, and their 12 year old Breckin, who is a first year PeeWee for Littleton as well. All the while they are carting around their 16 month old Christopher, who we are certain will be joining is dad and brothers on the ice soon enough.

On February 22, Drew suffered two strokes while playing hockey with his brother and other teammates. He was fortunate enough to make it home safely before collapsing. His wife Melissa quickly called 911 and he was rushed to the hospital while spending several days in the ICU.

Drew’s family calls him ‘Super Dad’ because he always demonstrates super human ability when it comes to athletics. He is always skiing, mountain biking, surfing, or playing hockey. Just a few years ago Drew completed an Ironman Triathlon in Boulder, Colorado. His family believed his super-human strength shined through as he has made a incredible recovery.