Giving Back to Dave Notartomaso 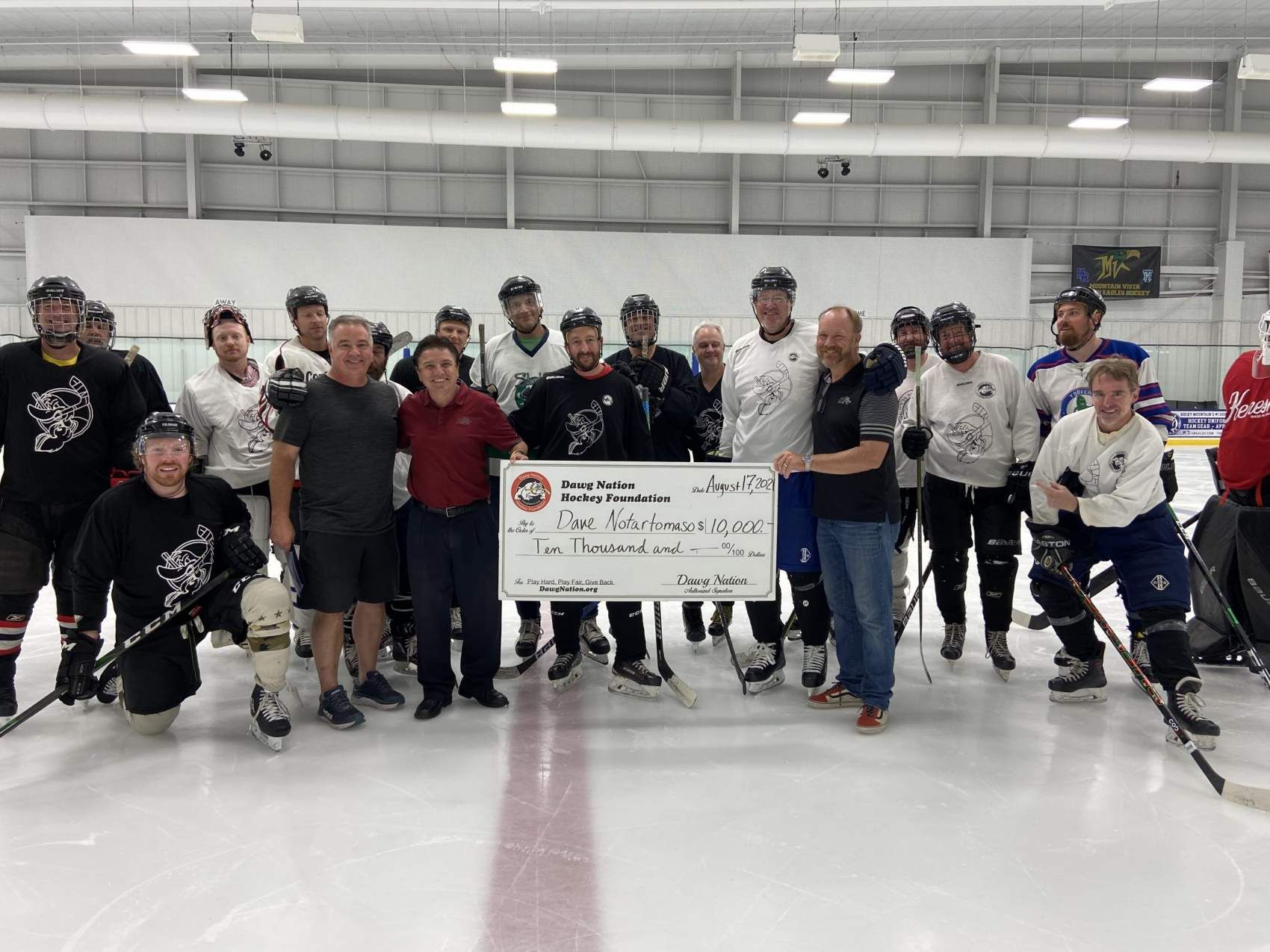 Pausing for Some Giving Back

The Mallards paused before their Tuesday skate to lend a hand to their long time friend and fellow skater, Dave Notartomaso. DAWG Nation partnered with the Mallards and company in an effort to help raise funds to help Dave continue his recovery from seizures and the financial and logistical complications that come with seizures.

Dave is a passionate hockey player and fan. He grew up playing hockey and even playing in college for a division III program. His hockey continued after his college days while competing if various men’s league’s across Colorado. Dave also fuels his hockey passion by giving back and being a longtime supporter of DAWG Nation.

In 2019 Dave experienced a seizure in his brother’s basement. Having never endured any serious neurological events previously in his life, the doctors were baffled. Dave during this time was a sales and installation representative for ADT security, with this unexpected event he was told he wouldn’t be able to drive for half a year. This caused Dave to have to look elsewhere for work and change his career.

Dave decided to join MassMutual Colorado as a financial advisor. He was on 100% commission that also required him to earn several licenses in order to perform his duties. Engaging his community, earning the trust of family  members, friends and colleagues while passing 4 license exams all before the end of 2020, he was on his way to establishing a new career, until Covid-19 put an immediate halt to his momentum.

Dave’s  financial stress of the medical bills, not earning a steady income, and enduring a pandemic for which he was financially unprepared, led to the ultimate fallout and  quickly turned his personal life upside down. The medical debt and ambulance costs were excessive and the lost wages between September, 2019, through the pandemic were enormous!

Thanks for Helping Us Support Dave!

Dave has long been a supporting member of DAWG Nation events and a fixture in various men’s leagues in and around Colorado. Our hope is that we are able to give him support and a little added financial stability.