Giving Back to Baby Kroha 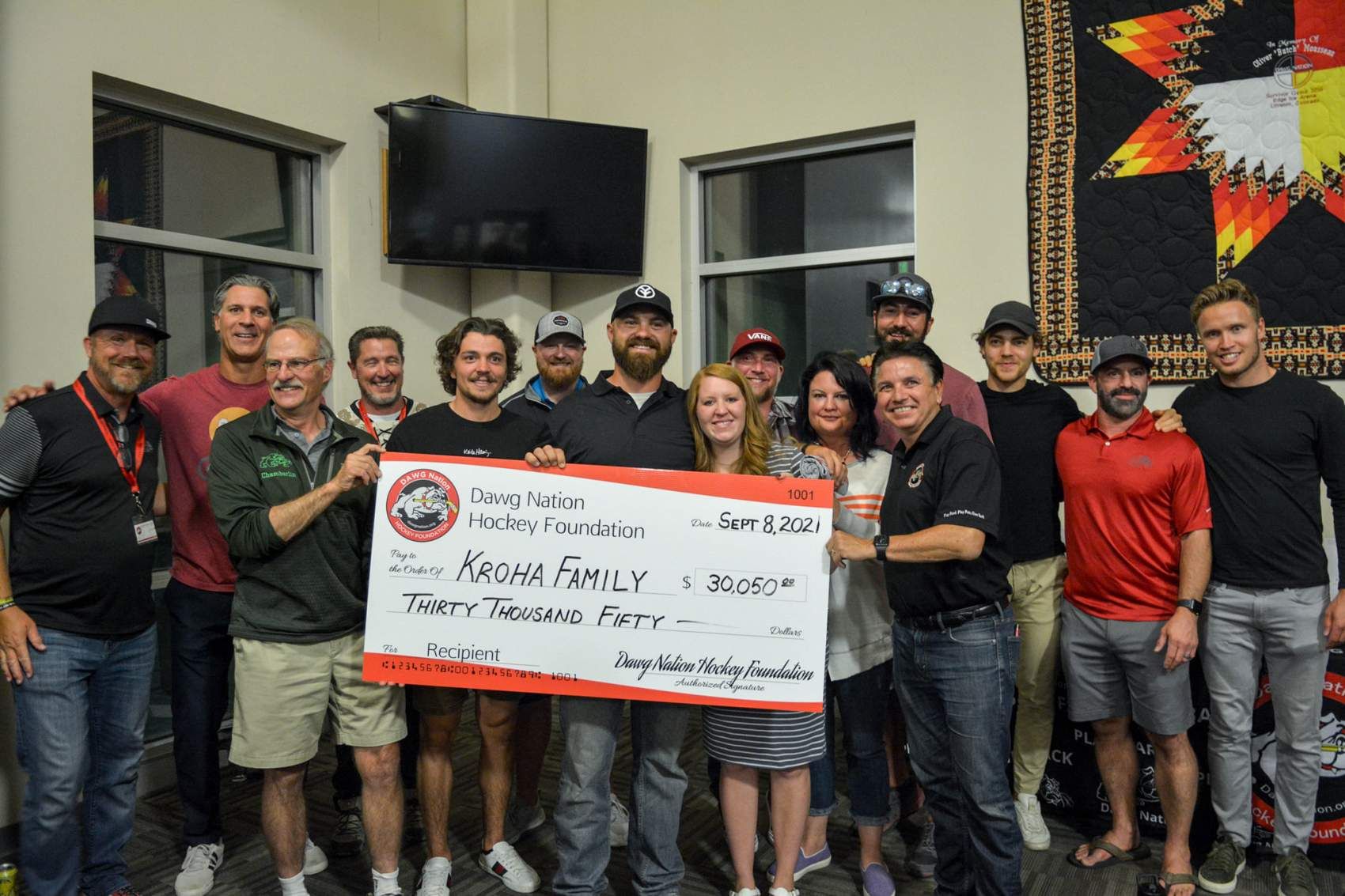 It was a another very special night as the hockey community stepped up once again to lift a family in their time of need. A packed house at the Edge Ice Arena witnessed a moving presentation to a grateful Nick and Courtney Kroha. The young couple is expecting their first child (T.J.) in October and were recently dealt the difficult news that their baby boy needed open heart surgery immediately after birth. The goal of the evening was to show the family how much they are loved and at the same time help offset medical expenses.

By meeting those goals this wonderful couple can focus 100% on the health and recovery of their precious baby boy. A huge shout out to our Avs head coach Jared Bednar, an incredible DAWG Nation champion, and to players Sam Girard, Tyson Jost and Logan O’Connor!! You guys rocked this event with your unselfish donation of time and energy, putting a lot of smiles on the faces of Avs Fans and Kroha supporters alike! And finally a very special thanks to all of those who volunteered, participated, donated and supported this deserving family.

Nick and Courtney were married in September 2020. In March, they announced that they were expecting their first little hockey player — Thomas James (TJ) Kroha.

Unfortunately, TJ had an issue with his heart that required open heart surgery and a long stay in the NICU when he arrived. Good news…the surgery was a success and little TJ is growing