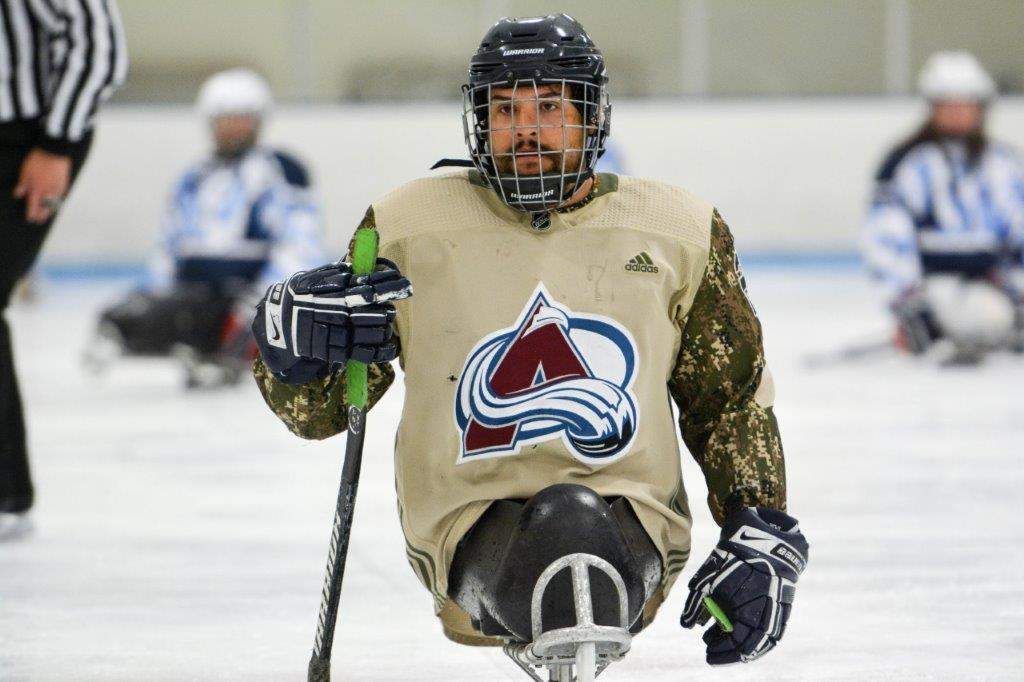 DAWG Bowl IX is in the books…

DAWG Bowl IX is in the books and the event exceeded even our wildest expectations! Hugs, smiles, laughter, and tears were in abundance throughout the weekend. We once again created memories that will truly last a lifetime and helped changed lives through the incredible generosity of so many!

This year’s Survivor Game was one of our best.

This year’s Survivor Game was one of our best, with teams that brought an avalanche of powerful stories, filled with inspiring individuals and celebrating some deep friendships. We had the pleasure of welcoming two veterans to the ice this year, Jason Shepperly and Jerry DeVaul, both remarkable men and incredible athletes who play sled hockey. Jason Shepperly was a medic in Afghanistan when the vehicle he was in was hit by and IED. As Jason worked on the injured they were hit a second time, inflicting serious, life threatening injuries to him. Doing quick triage on himself, he nevertheless went on to attend to each of his comrades, saving the lives of all his men. His courage and bravery earned him the Bronze Star of Valor and a Purple Heart. It was an honor to recognize Jason at the Survivor Game and present him with a check for $65K. A big hearted thanks to all our players and refs who made this possible.

The tournament kicked off in spectacular fashion with Friday night culminating with the Mainline West Top DAWGs matchup with the Pikes Peak Vigilantes, which featured ten NHL players! The hard fought game had a Mainline West Top DAWGs roster that included Graysen Cameron and Ryan Vandervils. In an absolute Cinderella story fashion, Graysen, playing his first game since the Humboldt accident scored a spectacular goal that literally caused tears to stream down the face of Tyler Cameron (Graysen’s dad). Not to be outdone, Ryan (burned over 50% of his body just one year ago) scored the game winner in the 5-3 victory setting off a huge celebration from a bench filled with NHLer’s!! You truly could not have written a better script! Congrats Ryan and Graysen!!

Some of the world’s top Paralympians graced the ice.

DAWG Bowl IX also included some of the world’s top Paralympians, as national team players from both the United States and Canada graced the ice in a fast action game on Saturday. Josh Hargis and Ralph DeQuebec recently took home gold for Team USA at the World Championships, while Chris Cederstrand recently retired after a long and stellar career with the Canadian national team. It was an absolute pleasure to see these spectacular athletes in action. DAWG Nation has very strong ties to the sled hockey community, as we work together to make the world a better place for all. Our thanks to the players, the refs and the standing room only crowd who came out to enjoy some exciting hockey and cheer them on.

What the spirit of the DAWG Bowl is all about.

There were tons of amazing shots taken this weekend but this one truly epitomizes what the spirit of the DAWG Bowl is all about. Jeni Robistow captured what could be the most powerful DAWG Bowl picture ever. This is Graysen Cameron and little Porter Johnson taken directly after Saturday’s Survivor Game. Graysen was in the Humboldt bus crash and played his first game since the accident less than 24 hours before this photo. Porter is a five year old that has unfairly battled leukemia for more than half of his life. The two met for the first time moments before this picture was snapped as Graysen scooped up the beaming Porter and proceeded to skate him around the rink. Not be lost here is Graysen is in a Survivor jersey, is wearing a Humboldt helmet with a DAWG Nation sticker, is carrying the happiest kid in the rink, and this is happening on the Survivor Game ice!!! Truly, does it get any better than that?!!!

And special thanks to:

And finally, but by no means last, we want to thank our terrific Refs… all of whom donate their time and talent to make the tournament run smoothly and fairly. They are some of the unsung heroes of DAWG Nation. A special shout out to all our volunteers… and to everyone who came and played in the tournament. Your generosity makes it possible for us to do what we do!

Please mark your calendars as DAWG Bowl X as we are already making preparations to make our tenth anniversary tournament the most spectacular ever!!