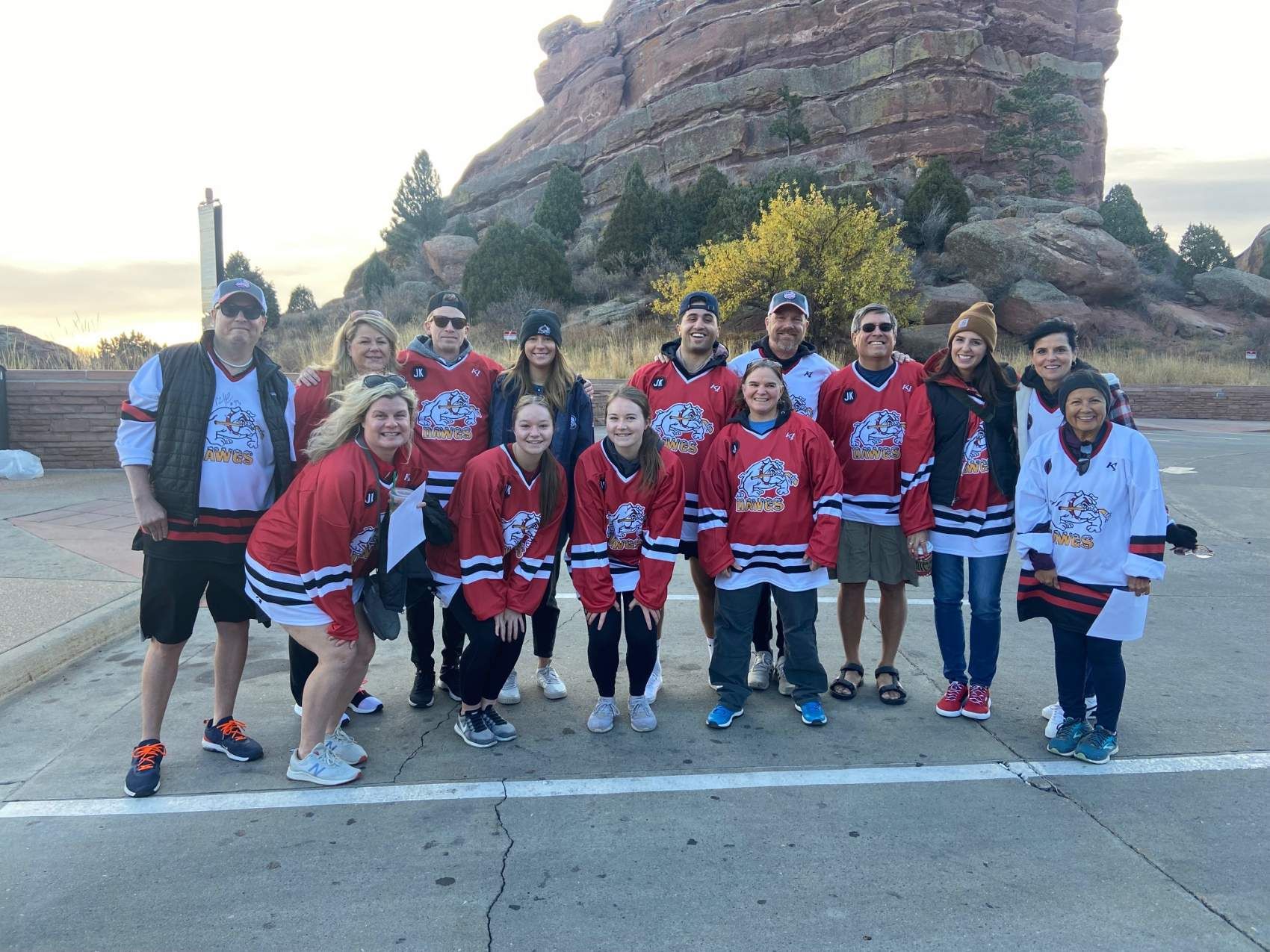 Making the Most of Second Chances

We celebrated Nigel Richardson and other survivors with a beautiful November 7th morning as we partnered with the AVS for the 5K at the breathtaking Red Rocks park. Nigel Richardson walked the event with his brother Marty, sister-in-law Cindy Richardson, and friend Vickie Scharr.    “A few months ago this day seemed very unlikely as my brother lay in a hospital bed wondering what his future would look like,” said Marty Richardson, “Today we put Nigel and his new heart to the test and he passed with flying colors! Finishing strong in the Avs 5K at Red Rocks, we had plenty to celebrate! Here’s to never taking life for granted and making the most out of second chances! Way to go Nigel!!”

The DAWG Volunteers are a Force

The DAWG volunteers showed up in force. We were honored to be joined by the Smith sisters who lost their dad, Todd Smith, to cancer approximately two years.  Once of Todd’s last races in life was the Avs 5k where the DAWGS Executive Director, Mike Freeman, had the honor of pushing Todd in his wheelchair to the finish line.  Haley and Tatianna have since been regular volunteers at DAWG events, giving back.  DAWG Nation remains inspired by the resilience of these two young ladies as they have loved each other through the grief of losing their father, and rally around each other to keep creating a brighter future.

DAWGS at Every Turn

We were also joined by DAWG Nation volunteer and recipient Van Stone, his wife Nicole and friend Therese Sauber.  Team Stone helped rock the registration table along with fellow recipients Kaylin and Mary Beth Tscherpel. Cody Jiles, Amir Kukreja, and Shannon Walsh rounded out the team the registration team for the DAWGS.  Meanwhile at the turn, Ron and Annett Chavez made sure the DAWGS were represented and participants were properly hydrated.  DAWG Volunteer Ron Chavez was astounded at the politeness and respect of the hockey community.  “I have helped at a lot of running events and people just throw their water cups on the ground… not one cup hit the ground.  Everyone put their cups in the trash, without exception.”

The back half of the race was no cake walk for participants, and for those in wheel chairs it was a monumental task.  The race finished up a long steep incline, and we were inspired by a former hockey player who was wheel chair bound from a scooter accident.  His two friends and their dogs, with a little help from Smalls helped attain the finish line.

A Special Partnership with the Avs

“Please pass along my gratitude to all of the volunteers. Packet Pick Up has never gone so well thanks to your group!” said Taylor Patrick, the AVS Coordinator. ” We couldn’t have done it without you!”

Specials thanks to the Avs for their support of DAWG Nation, as $5 from every registration went to DAWG Nation, totaling almost $5K for the 5K.  Serendipitous.