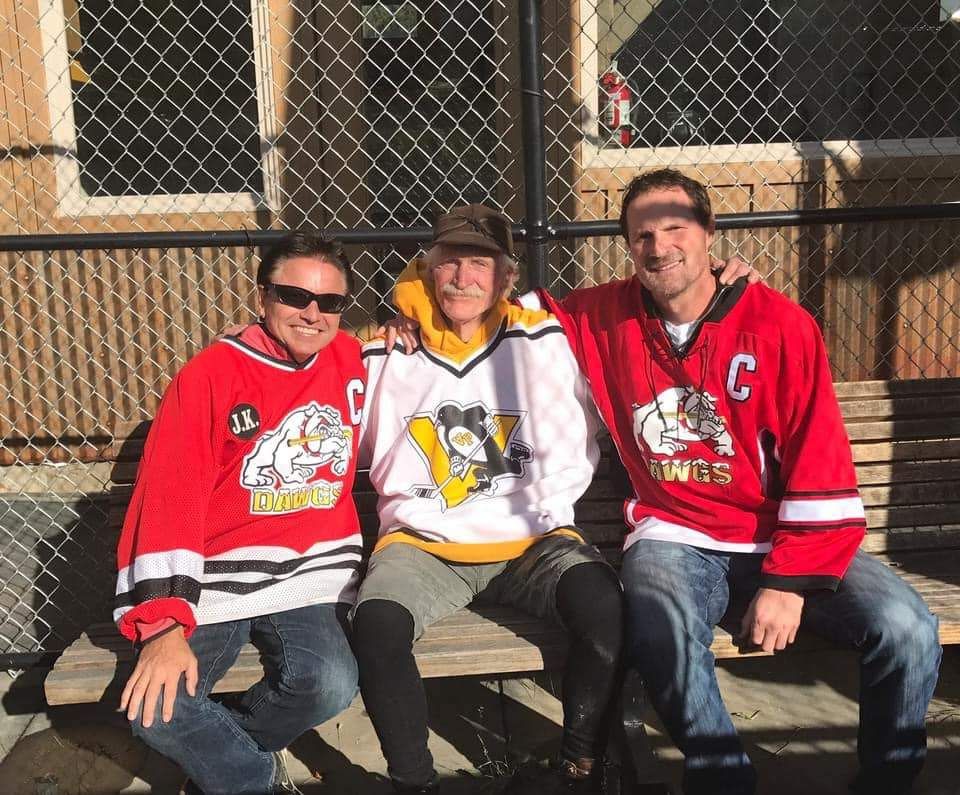 Over the years DAWG Nation has shared many special moments with the Avs legendary #23. Four years ago, Milan and Marty made the trek to the historical mining town of Victor, Colorado for a meet and greet with the founders of this magical hockey haven. On August 8, 2021, DAWG Nation was back again, this time with DAWG Nation board members, to support a hurting community that recently lost two of it’s key members.

One of those tragedies was Wes Schutt, the son and best friend of long time Victor Penguin Ron Schutt. Ron is a huge fan of #23 and shared that he hopes to someday meet Milan. As fate would have it, shortly after an emotional tribute to Wes, Marty received a call from none other than his Czech pal. He shared with Milan that DAWG Nation was once again in Victor and also relayed the Schutt’s heart breaking story. Right away Hedgie asked to talk to Ron, so Marty tracked down the hurting dad and told him he had someone that wanted to talk to him. Ron was blown away when he heard the voice of a hockey legend. In true Milan fashion, they talked for 10-15 minutes and a beaming Ron joined us afterwards sharing how awesome it was to talk to one of his hockey hero’s. This is who Milan is, and that’s why he is a hockey hero and dear friend to DAWG Nation Hockey Foundation. Thank you Hedgie, you are truly the best!